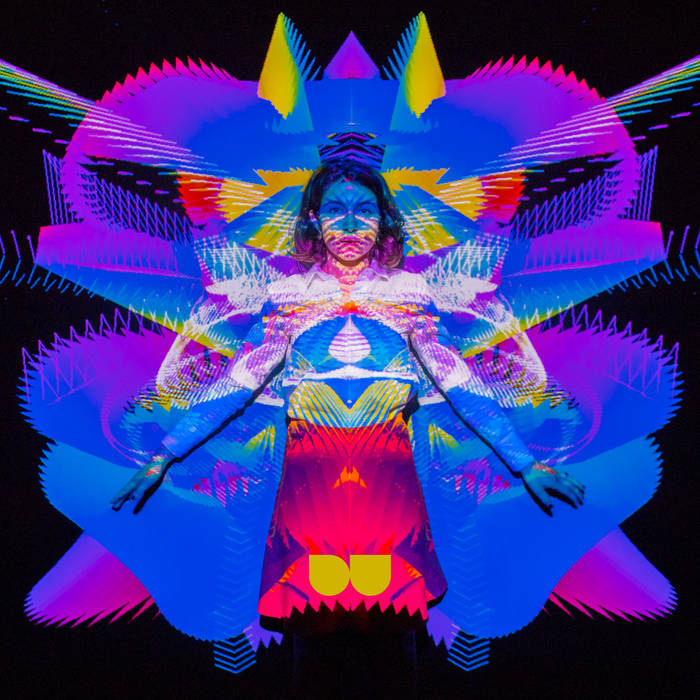 Kuflex is a laboratory of interactive design and audiovisual art, which works with video, sound, light, tracking technologies and generative graphics.

Symbiosis installation turns you into an alien creature for a while. Human body is augmented by video projected generative symmetric shapes, changing constantly, reacting to every movement and turning into unique forms. The installation was inspired by the symmetry of living organisms, the structure of exotic insects, and reflections on extraterrestrial life forms.
The installation has been shown in many cities of Russia and also in USA, Switzerland and Romania!
Also Symbiosis as well was highlighted on the cover of "New Media Installation" book, published in Hong Kong and representing the best of interactive art installations around the world.

Kirill Vasin, better known in the world of electronic music as Hoavi. He creates quite a hypnotic sound in a shape of really original grooves. Hoavi played at Boiler Room recently, and his music attracted listeners from all over the world. Kirill is also the creator of Shells Rattle label and hosts his own radio show about Russian electronic music on the Los Angeles radio Dublab, recognized as the most influential radio station according to The Guardian magazine.

The man behind the Potential differenSe project is a musician / programmer from Saint Petersburg, Russia. He started his career in 2008 by releasing an official remix on Xestaticís ìtlcî as Ivan L. at Ninja tune. From till then Ivan have released a lot of music on a number of net labels, like those three top-notch IDM albums on Detroit Underground.

Leksha releases can be found on a dozen of net labels, as well as on rare CD's and even cassettes! This music immerses and lays the listener onto a digital carpet of melodies, glittering as a bizarre mosaic or a rotating kaleidoscope that envelops, mesmerizes and escorts to the subtle world of surreal.