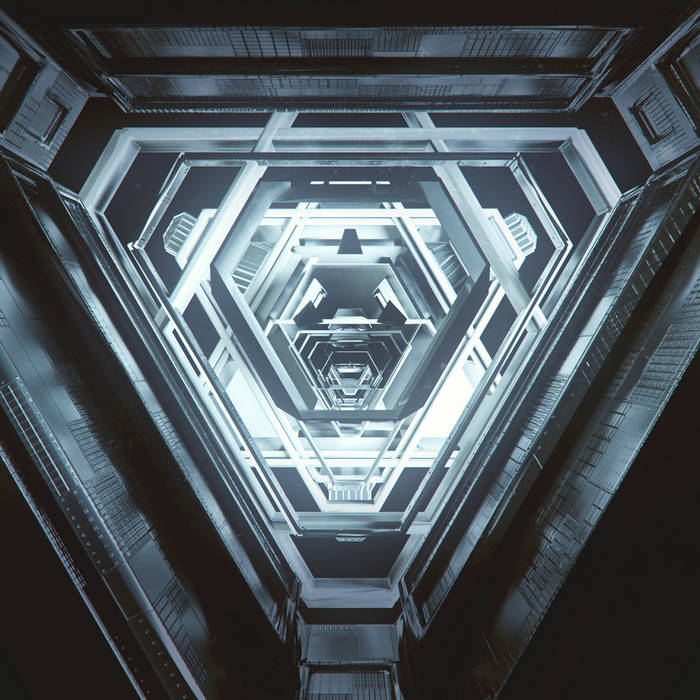 This song was mostly made on airports, during two weeks of traveling. Luckily (or not) most of the flights had extreme delays and to get myself entertained, I started designing the sounds of this song using mostly software. When I got to the fancy hotel the airline company assigned me to (because one of the flights was permanently canceled for that day), instead of taking advantage of the free buffet, I picked up the Monomachine and sequenced some of the sounds through it. When I got back home, I realized the mixing was absolute crap. The song’s structure and mixing was finalized on the next couple of weeks. Remember kids, try to avoid mixing with headphones.

The title of this song are the words sang by some cyborgs on a nightmare I had on early February 2013. Basically, on this nightmare, I had two female cyborgs ripping me apart, organ by organ, very slowly, while uttering these senseless words every single time an organ got taken from me. These words became so vivid the day after, I immediately started composing this song. I get twitchy every time I now see a female cyborg on commercials or movies.

Volyop Conrtarek was made almost entirely on a Monomachine. Only a couple of sounds were designed on software. The song’s structure was born out of some experimental sequencers like Elysium and CycliC, edited later on Logic Pro 9.

The challenge I gave myself on this one was to finish it in two days. I usually take a really long time to complete a single song and I wanted that to change on R_0BhXbl_KJ73. It was indeed finished in two days, but I barely slept or stopped to eat, giving me an immense headache that lasted for the rest of the week and a monster pain in my back, thanks to all the awkward positions I adopted on my chair whilst on the studio. A lot of granular patches from Reaktor and Max/Msp were used to create some of the “melodies” heard. Absynth 5 was used at some point too, but I’m not exactly sure where. That’s how crazy I got from not sleeping a single night. What a cry baby.

All I had in mind for this one was: “It needs to be so clean and polished, you have to feel it is fake, phony and electronic to a fault, just like a photoshoped picture of a sleazy model”. Then the saw wave LFO and sine wave melody came, giving a whole new meaning to it, becoming the only song on ПLVXV⅃П with heart and a fluffy feeling all over.

Ahhh good times making this one. Probably. Ok, I have no idea how this one came to be. I found it recently on a folder from 2011. Meaning I made it during college, heavily sedated on spiritual drinks to remember any of it. I picked this up again on October 2014 and gave it proper finishing touches, extending its running time a bit. Some extra glitches were added, made mostly with some Pure Data patches I created during the college years as well, wrapping up everything full circle.

Ralp utilized the majority of sounds present on MkTuxsh6.-Qç on a completely different and unexpected direction, thanks to some ultra precise sequencing and re-interpretation of the song’s structure and dissonant melody compositions.

88BPM slowtronica glitch approach from Inicolabug, where all the samples used were taken from Dadllgho, except for one of the fat kicks present in MkTuxsh6.-Qç. Some loops created and modified through Twisted Tools’ Ultraloops.

For this remix, JFrank used all sounds present on the sample packs at least once on his composition. Only one external sound was used, which was a field recording of a choir singing Ave Maria on his courtyard; creating a stark, dissonant contradiction to the rest of the remix’s aesthetic.

Written and Produced by: Francisco Godinho